Welcome to Tweed Bait we are 100% family owned & operated Australian company. Our mission is to provide the highest quality & variety of baits to recreational & professional fishermen throughout Australia. We believe in training our staff to exceptional levels of customer service & attention to detail. Townsville branch services an extensive area from Mossman in the north to Carmila which is located approximately 100km south of Mackay. We also distribute west to Charters Towers and to the Atherton Tablelands. By utilizing various Cairns based agents we are also able to service some remote areas such as Cooktown, Bamage, Weipa & Karumba.

Trade Sales Only – No Direct Sales To The Public

Brisbane branch covers from the southside of Brisbane up to Sunshine Coast, Bundaberg, Gladstone, Rockhampton and Yeppoon

Trade Sales Only – No Direct Sales  To The Public

Trade Sales Only – No Direct Sales To The Public

Trade Sales Only – No Direct Sales to The Public

The Ulladulla branch covers from Coledale in the north to Eden in the south, which includes areas in and around Wollongong, Kiama, Gerringong, Culburra, Huskisson, Sussex Inlet, Batemans Bay, Narooma, Bermagui, Tathra and Merimbula.

Trade Sales Only – No direct sales to the public

Tweed Bait Iluka is the home to our secondary processing facility. They process East Coast Pilchards, Clarence River Prawns, Mullet, Bonito and many other lines.

Our Growth has been a staged process that took its first steps in 1973 with a move into a larger factory & shop front where we employed up to 20 people in the busy periods.  As demand for our product continued to increase, in 1984 we again moved into bigger premises at the current location – Industry Drive South Tweed Heads.

In 1987 we expanded to include a depot in Albion Brisbane.

In 1994 we acquired Burley Bait in Ulladulla which had been established in 1975.

In 2001 we expanded the operations with new premises in Brisbane which included a 600-pallet cold store.

In March 2002 the acquisition of Coffs Bait also added to the Tweed Bait chain on the Eastern Seaboard.

In 2003 we progressed to a fully automatic & computerized Packing Machine at our processing factory in Tweed Heads South which is capable of packing in excess of 30,000 packs per day.

In 2004 Townsville depot was added to the chain of branches to service the Nth Queensland areas & west to the Tablelands.

In July 2011 We acquired Bremer Bait which gave us another distribution warehouse in Gosford and enabled us to cover more of the Sydney metro area and Central Coast.

In 2012 we added onto the factory in South Tweed Heads with the purchase of an adjoining property for more area for processing and storage.

In 2013 we also added a second processing machine that is capable of doubling our output to 60,000 packets a day (1 tonne per hour).

2015 saw us purchase a new premises in Iluka that was to serve as a secondary processing hub with the intention of catching and processing our own Pilchards in the future.

In 2017 we acquired Andersons Bait to expand our brand on the Central Coast and Sydney.

2018 was a big year with the dream of owning our own purse-seine vessel “The Southerly” to catch our own Pilchards becoming a reality. This has meant a more constant supply and fresher quality product for our customers. We also upgraded our main production facility in Tweed Heads with a brand new 200-pallet cold store to handle the increased production.

In 2019 we purchased a block of land in Yamba NSW with the view to relocate from Iluka to Yamba and create a purpose-built factory with state-of-the-art machinery only five minutes from our vessel’s mooring.

In 2020 it was decided to close down our Coffs Harbour depot to logistically streamline operations through existing depots Gosford and Tweed heads.

Currently we employ over 60 staff and our future plans to upgrade Gosford to include a 200 pallet cold store and the factory at Yamba are very exciting. 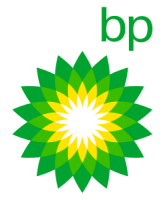