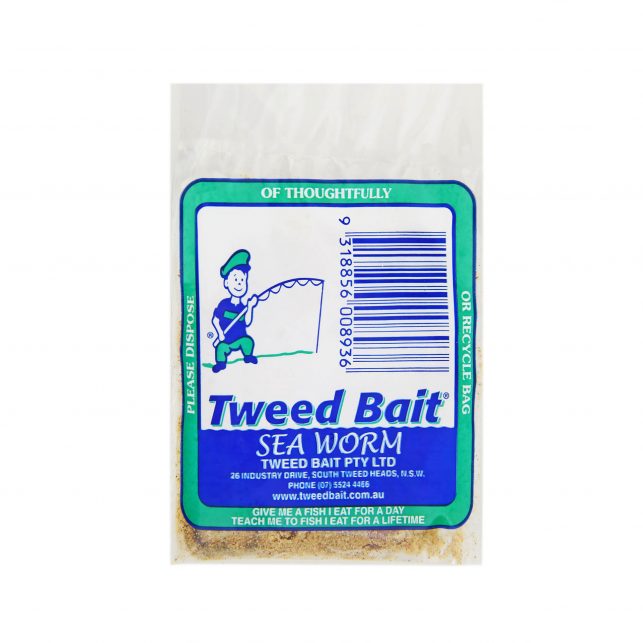 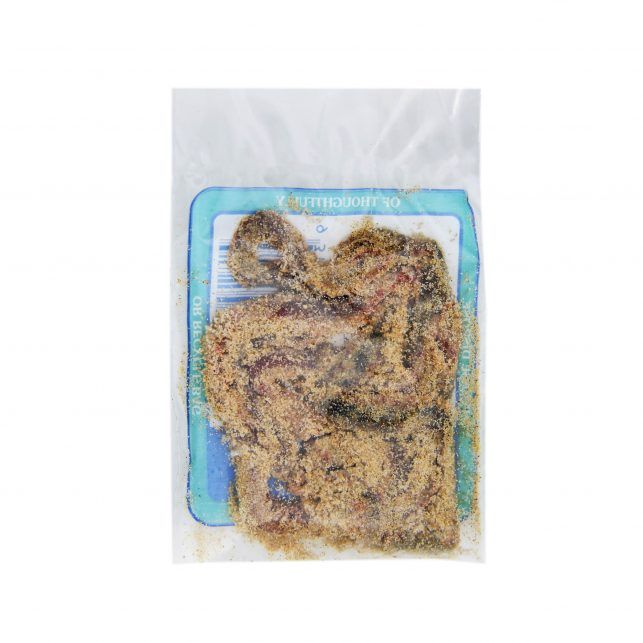 Sea worms are available at over 2000 locations along the east coast of Australia great for Whiting Bream and Tarwhine in packets & tubs. King worm tubs are also available in certain locations.

Tweed bait Sea Worms are caught along the beaches of Australia

Commonly used in a wide range of techniques from estuaries chasing your bread-and-butter species such as Bream, Whiting and Garfish to catching Dart, Tarwhine and Mulloway from beaches and rock walls. When rigging a Sea Worm, you want to start with a long shank hook beginning from the head of the worm feeding it over the barb of the hook and carefully pushing the worm up the shank and over the eye of the hook.

General rig types for river and estuaries are 1/0 – 2/0 long shank hooks with a sliding ball sinker sized 1 or 2. (sinker size can be altered to the size required of the zone you are fishing) General rig types for beach fishing are 2/0 – 3/0 long shank hook with a sliding ball sinker sized 4 to 6 (heavier sinkers can be used when a sweep or current is strong.)

General rig types for offshore fishing are small-sized hook on a paternoster rig with a small sinker on the bottom-feeding small bits of worm on the hook to catch small baitfish, silver Trevally, and a variety of other species.